It just occurred to me that the Milky Way galaxy is the Ouroboros. The ancients used the symbol to represent the phenomenon. In Akkadian the Milky Way is ṣerret šamê "the snake of the skies". Norse mythology Jörmungandr is a sea serpent, the middle child of the giantess Angrboða and Loki. Odin tossed Jörmungandr into the great ocean that encircles Midgard (the world). The serpent grew so large that it was able to surround the earth and grasp its own tail. As a result, it received the name of the Midgard Serpent or World Serpent. When it releases its tail, Ragnarök will begin. So, I guess that makes the supermassive black hole at the galactic core the mouth eating it's own tail. Neat. 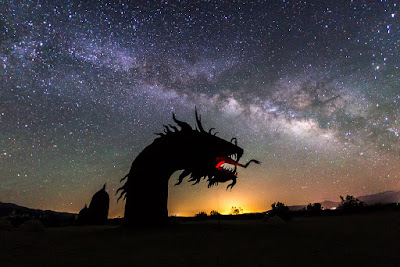 There is a better case to be made, if someone cares to do the research. All the stuff about the sun's path through the stars being a reflection of the soul's journey through life and the underworld until it's rebirth. That's why the sun is named Sol, you know. Then there is also the enlightening/obfuscating narrative about the Great Year as the equinoxes pass through the zodiac every 25,772 years.

"The first known appearance of the ouroboros motif (seen below) is in the Enigmatic Book of the Netherworld, an ancient Egyptian funerary text in KV62, the tomb of Tutankhamun, in the 14th century BC. The text concerns the actions of the god Ra (the sun god) and his union with Osiris in the underworld. The ouroboros is depicted twice on the figure: holding their tails in their mouths, one encircling the head and upper chest, the other surrounding the feet of a large figure, which may represent the unified Ra-Osiris (Osiris born again as Ra). Both serpents are manifestations of the deity Mehen, who in other funerary texts protects Ra in his underworld journey. The whole divine figure represents the beginning and the end of time." - so says Wikipedia about the Ouroborus 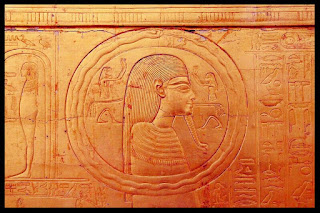 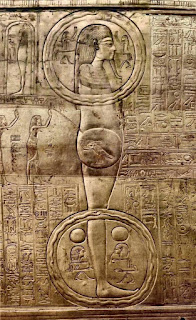 Oh, and that's not even pulling in all the similar references like the feathered serpent Quetzalcoatl of South America. The Hindu texts and iconography back this stuff up too. I mean, take a look. 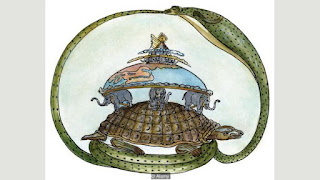 Every planet is a delicate bubble of heaven floating in a vast freezing radioactive hell, at least to any creature adapted to live within. Time is just the apocalypse of the big bang unfolding at a slow enough churn that we can sit back and really enjoy it.