My Ancients & Aliens campaign has a lot of house rules and idiosyncrasies, maybe too many for some.  I can see new players struggle a bit with all the unfamiliar bits and bobs, especially during character creation.  Maybe I should have started the PCs in opposition with civilization so that the players could all play the more familiar outcast races (elves, dwarves, escaped humans, ect.), but instead I threw them into the deep end with all the crazy Anunnaki slave races.  I'd defiantly go that route if I was to use this setting for a one shot.

Anyhow, one of the things that I'm happiest with is the way that combat is playing out during these tabletop games.  I think I've struck a good balance between critical hits, fumbles, and the house rules; so I thought I'd go ahead and share all that in case someone else wants to give it a go. 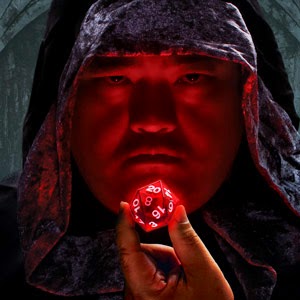 Critical Hits
Every natural 20 attack roll is a critical hit.  That goes for PCs, monsters, whoever.  Roll d100 on the Arduin Grimoire Critical Hit Table.  That thing is wicked awesome.

Fumbles
Every natural 1 attack roll is a fumble.  That goes for PCs, monsters, whoever.  Roll a d6 on this fumble chart to see what happens.

1. Awfully Unforgettable Fumble  - Roll d100 on the chart
2. Off Balance: -2 To-Hit penalty for your next attack roll
3. Dropped Guard:  +2 To-Hit for next attack roll against you
4. Trip: start next round on the ground
5. Drop Weapon/Disarmed: inconvenient but retrievable
6. Recover Beautifully: no effect

House Rules and Stuff
That critical hit table is rough.  One of the results reads [chest Heart Pierced, immediate death 1d10] the numbers at the end there being the bonus damage rolled in addition to "immediate death" and normal weapon damage.  As you might imagine, five percent chance per attack makes for a LOT of gruesome critical hits.  However, there are a few house rules to help prevent some of these horrific wounds.

Shields - In my game Shields shall be Splintered, so anyone can sacrifice their shield in order turn a hit into a miss (even a crit).

Protective Gear -   Helmets, metal collars, and other such gear will become ruined when they prevent a critical that targets the protected body part.  You'll probably still take the normal damage though.

Be Tough - Halflingons are tough as nails.  They've got redundant organ systems, so stabbing one in the heart might only piss the dude off.  They ignore any mention of "death" on the crit chart, but still take the bonus damage.  Also, certain mutants will have crit preventing mutations that only apply to certain locations.  You can't get decapitated if one of your mutations is "Headless", so you'd avoid the crit and the bonus damage but still take normal damage from a standard hit.
Oh wait, decapitated halflingons, hmmm... I hadn't really thought about it before.  I suppose they must have a psychic connection to some kind of rudimentary lizard brain at the base of their spine.  The headless body would still be able to move and attack, but I'd give it a -4 penalty for fighting blind unless they are holding their head with their off hand.  Blood loss and starvation would eventually become an issue though, so they should probably seek medical attention after the fight.

Be Impossible - We haven't really come across this yet during play.  If the critical result seems impossible due to the size difference between combatants or because of the weaponry involved then I'll just make up an effect for your critical.  No matter how good you are with a whip I'm fairly certain that it won't stab someone in the heart, but a whip might disarm or trip a person.  If I can't think of any cool effect then you'll get some bonus damage, roll one extra damage die.


So, without that splintered shields house rule I think the Arduin Criticals would be too lethal, too often.  I'd probably want to embed it into a d6 chart, similar to how I have the "awfully unforgettable fumbles" tucked within that d6 fumble chart so that the weird and crazy results are a bit more rare.  Maybe something like this...

1.  Wasted Opportunity: no effect
2.  Combat Maneuver: Normal damage and target rolls a fumble
3.  Solid Strike: double damage
4.  Attack of Opportunity: Extra attack +4 To-Hit vs. any opponent within reach
5.  Dodge Offensively: Next attack against you misses and targets a nearby enemy instead
6.  Arduin Critical Hit - Roll d100 on the chart 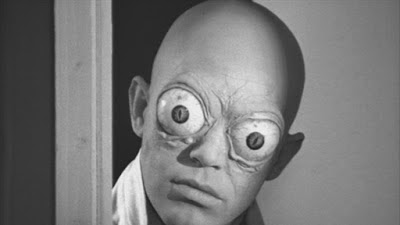 In my game "Mutant" isn't really a character class, it's more of a medical condition.  It's also quite a social stigma.  Most of the common folk believe that mutants can turn normal people into mutants.  While this isn't exactly accurate, there are mutant dwarves and elves who will go on kamikaze missions sneaking into populated areas and try to spread mutations to as many people as they can.  Because of these repeated incidents it is hard for even the magi to convince people that most mutants are simply victims who do not pose a threat to their neighbors and loved ones.  In many villages and outposts, mutants are killed or exiled.  Many of these outcasts end up joining and aiding violent humanoids simply to survive.  In most cities the magi counsel the citizens to take a "live and let live" approach so that these poor unfortunates are not driven into the arms of the enemy.  In the cities the mutants are allowed to live like ratlings in the sewers below, but risk threats and thrown rocks if they venture up onto the streets.

You see, it all started back when the Anunnaki aliens took over the planet and they had a really hard time wiping out all the native elves and dwarves who hid deep underground.  The dwarves would lay traps and collapse tunnels, and it was just a super pain in the ass to hunt them all down by conventional means.  Instead, the Anunnaki got into the habit of releasing horrible things into the tunnels (failed/uncontrollable genetic experiments, combat droids, mutagenic liquids) and then just sealed up the entrances to let nature take it's course.

Well, it didn't work.  For years now, small groups of elves and dwarves have been coming up to raid the surface for food.  They are far more primitive now having lost most of their culture and knowledge, but they are highly motivated and dangerous.  They may have lost the ability to create new magical weapons, but they can still improvise.  Some of them have begun to weaponize the liquid mutagens that were used against them so long ago.  Hollow clay balls that shatter on impact are filled with the stuff, sneaking into a town and dumping some into a well, or just squirting a flask full of the stuff into someone's face, whatever works.  These elves are pissed and looking for vengeance.

Touching a single drop of the mutagenic liquid is enough to start the mutation process.  Covering the body or ingesting the stuff will only speed the process, but does not seem to guarantee an increased number of mutations.  Once the mutations have manifest, the mutant is from then on immune to the Mutajuice.  The mutagenic liquids have a hundred different slang names but no agreed upon standard; "Mutiemilk", "Metamorphluid", "Morphamuteooze", "Sadsap", "Orcnectar", "Essence of Awful", "The Special Sauce", and the always offensive "Wizjizz".  I'll just stick to calling it "Mutajuice" for now.


Game Mechanics
If your character has a Charisma of 8 or less, then you can start play as a mutant in addition to whatever other class you choose.  Maybe you were a mutant child born to mutant parents, or maybe you only mutated very recently; player's choice.  Roll d6 for your number of mutations, minimum of 2.  Roll each of those on the d100 chart below.  Don't roll a 01.

If your non-mutant character comes into contact with Mutajuice during the course of the game, then they will begin to mutate.  Roll d6 for your number of mutations, minimum of 1.  Touching a single drop means that your character will manifest a new mutation each week.  Roll 1d100 (but don't peek at the chart), then the DM will describe how your character is changing throughout the week.  Don't roll a 01.  At the end of the week, the DM reveals the full extent of the mutation, and then the process repeats until all of your characters mutations have manifest themselves.  Getting splashed with Mutajuice will speed the process to one mutation per day, drinking a mouthful will speed it to hours, and bathing in the stuff will reveal all of the mutations instantly.  Once the first mutation is revealed, reroll your character's Charisma score with 3d6.  If the result is higher than 8, then the new Charisma score is 8.

d100 Mutation Chart
Results on the chart below may require some interpretation and elaboration.  Feel free to add any aesthetic mutations that seem appropriate, like strangely colored skin or hair, or if your character has some mental mutations maybe the skull will change shape.  I'd allow any aesthetic mutations as freebies so long as it is stuff that won't alter game mechanics or give your character extra abilities, but ask your DM first to be sure.

I've been compiling this chart for a while.  I probably saw some of these on different blogs and wrote them down.  Some of these are straight out of the Metamorphica.  Some of them I even came up with all on my own.  I am planning to revise this chart some more, but who knows when I'll ever get around to doing that; so I thought I should go ahead and share it now.  I think that the results with the "*" were mutations that I had planned to remove or combine in order to make room for more interesting results.  There are only a few "appearance only" mutations as I feel like those are more fun to just let the players dictate.  There are more beneficial mutations on this chart than detrimental ones, I tried to balance that by making one of the results fatal.  Enjoy.